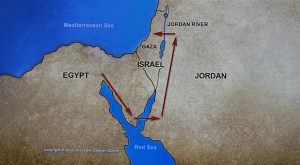 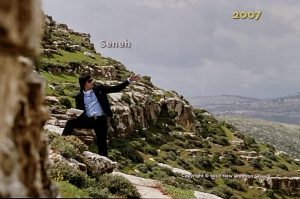 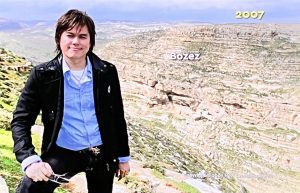 [Sermon Note] When the odds are against you

As the Word goes forth, receive the Word in your heart.

An agreement. Amen. The Lord will never force blessings into our lives.

A tribe of Benjamin was surrounded by enemies.

Then the Philistines gathered together to fight with Israel, thirty thousand chariots and six thousand horsemen, and people as the sand which is on the seashore in multitude. And they came up and encamped in Michmash, to the east of Beth Aven. When the men of Israel saw that they were in danger (for the people were distressed), then the people hid in caves, in thickets, in rocks, in holes, and in pits. And some of the Hebrews crossed over the Jordan to the land of Gad and Gilead.

As for Saul, he was still in Gilgal, and all the people followed him trembling.

Saul is a man who is a fleshly man. He goes by sight.

We are exactly in this story. This is what is happening to us.

We have been surrounded by the world. The world is putting church people to shame. The church is hiding.

7th day Samuel came. The kingdom was taken away from King Saul to David.

A leader must never operate in flesh.

The church is not operated by democracy

In line with holy spirit and the power of God can flow through us.

“Now therefore, stand and see this great thing which the LORD will do before your eyes:

They are surrounded by the enemies. The enemies were coming from the north, south, west and east.

The church has victim’s mentality. They are not looking for God’s kind of victory.

Not by might not by power but by His spirit.

The Philistines are in the land of Israel but they don’t belong there.

They are greeks. They came to the island via Egypt.

Instead of crossing from River Jordan like the people of Israel

12 stones. Cross over and that is the resurrection ground.

The ark of noah rested on resurrected ground.

The curse is reversed on the resurrected ground. You are not an ordinary person.

Therefore, if anyone is in Christ, he is a new creation; old things have passed away; behold, all things have become new.

And Absalom her brother said to her, “Has Amnon your brother been with you? But now hold your peace, my sister. He is your brother; do not take this thing to heart.” So Tamar remained desolate in her brother Absalom’s house.

and the charge for a sharpening was a pim for the plowshares, the mattocks, the forks, and the axes, and to set the points of the goads.

God wants us to depend on Him. Not on the world.

He found a fresh jawbone of a donkey, reached out his hand and took it, and killed a thousand men with it.

We are in the world but not of the world.

Everytime the church of Jesus Christ tries to adopt the system of the world in their church, they end up fall beneath the world.

As we look at our lives, we are called to be the called out ones.

This world is passing away.

God forbid that I should boast.

In the wilderness, the devil tried to tempt Jesus in the lust of the eyes, getting lots of money, pride of life.

Anything that comes from the world is the Philistines.

He sets you on high. We are placed in the heavenly places with Christ.

Everything we see that cause them to prosper is because of spiritual blessings.

“And you shall remember the LORD your God, for it is He who gives you power to get wealth, that He may establish His covenant which He swore to your fathers, as it is this day.

If a creation is from God, there is fingerprint of God

David knew only Levite can carry the ark.

The year of rest and acceleration

Now I plead with you, brethren, by the name of our Lord Jesus Christ, that you all speak the same thing, and that there be no divisions among you, but that you be perfectly joined together in the same mind and in the same judgment.

Do not go down into Egypt.

Then Isaac sowed in that land, and reaped in the same year a hundredfold; and the LORD blessed him.

Be one that the Philistines will envy.

The idea conceive a printing press was to print bible. There you see, God’s fingerprint there.

Ox cart of Philistine, there is no fingerprint of God

The world can take something of God and twist it around.

God wants you to prosper like He wants Issac to prosper. He don’t want us to go into Egypt.

Joseph prospered in the year of famine.

We work unto the Lord. We don’t work to be rich.

Whatever we do, with the grace of God on us, we will prosper.

The words of the wise are like goads, and the words of scholars are like well-driven nails, given by one Shepherd.

(And his father had not rebuked him at any time by saying, “Why have you done so?” He was also very good-looking. His mother had borne him after Absalom.)

Your words will teach your children.

Is the simple things that will defeat the mighty.

It might look simple to you, with His blessings, you will prosper.

Ask God to give you the Word

A word of correction, or word of encouragement

Sometimes a simple word from God can revive the entire relationship

Then Jael, Heber’s wife, took a tent peg and took a hammer in her hand, and went softly to him and drove the peg into his temple, and it went down into the ground; for he was fast asleep and weary. So he died.

Then Moses answered and said, “But suppose they will not believe me or listen to my voice; suppose they say, ‘The LORD has not appeared to you.’ ”

So the LORD said to him, “What is that in your hand?”

A rod is not a living thing. In the hands of God, it is not the thing. It is the blessings of the Lord.

It is by the grace of God.

What do you have? What is that in your hand? Moses had a rod in his hand.

God used that to open the red sea.

God will never ask you to do something you don’t have.

Is the blessings of the Lord on you

A certain woman of the wives of the sons of the prophets cried out to Elisha, saying, “Your servant my husband is dead, and you know that your servant feared the LORD. And the creditor is coming to take my two sons to be his slaves.”

So Elisha said to her, “What shall I do for you? Tell me, what do you have in the house?” And she said, “Your maidservant has nothing in the house but a jar of oil.”

What do you have in the house?

Now it came to pass, when the vessels were full, that she said to her son, “Bring me another vessel.”

And he said to her, “There is not another vessel.” So the oil ceased.

We limit the holy One of Israel. It all starts with small things

So she said, “As the LORD your God lives, I do not have bread, only a handful of flour in a bin, and a little oil in a jar; and see, I am gathering a couple of sticks that I may go in and prepare it for myself and my son, that we may eat it, and die.”

And Elijah said to her, “Do not fear; go and do as you have said, but make me a small cake from it first, and bring it to me; and afterward make some for yourself and your son.

The world by wisdom has not found God.

It has pleased God that by the foolish of the message preached, to save

The piece of bread represent the body of Jesus Christ

And she said, “Yes, Lord, yet even the little dogs eat the crumbs which fall from their masters’ table.”

Then Jesus answered and said to her, “O woman, great is your faith! Let it be to you as you desire.” And her daughter was healed from that very hour.

Now it happened one day that Jonathan the son of Saul said to the young man who bore his armor, “Come, let us go over to the Philistines’ garrison that is on the other side.” But he did not tell his father.

God is emphasising the youth of todays to become His champion

The champions of today. He is going to do a quick work

Many of the disciples were in their late teens.

Nothing restrain the Lord from saving. He saves you even in your situation right now. He is not restrain by the means.

A simple touch. A simple word.

Do all that is in your heart. I am for you and with you

Now Saul said, “Let us go down after the Philistines by night, and plunder them until the morning light; and let us not leave a man of them.”

And they said, “Do whatever seems good to you.”

Then the priest said, “Let us draw near to God here.”

It is as if the people don’t have full confidence in their leaders.

Jonathan is a leader whose heart is after the Lord.

So both of them showed themselves to the garrison of the Philistines. And the Philistines said, “Look, the Hebrews are coming out of the holes where they have hidden.” Then the men of the garrison called to Jonathan and his armorbearer, and said, “Come up to us, and we will show you something.”

Jonathan said to his armorbearer, “Come up after me, for the LORD has delivered them into the hand of Israel.”

The wisdom of the world, is the one on the higher will win.

With God sometimes is the opposite

Then Saul said to the people who were with him, “Now call the roll and see who has gone from us.” And when they had called the roll, surprisingly, Jonathan and his armorbearer were not there. And Saul said to Ahijah, “Bring the ark of God here” (for at that time the ark of God was with the children of Israel).

Now it happened, while Saul talked to the priest, that the noise which was in the camp of the Philistines continued to increase; so Saul said to the priest, “Withdraw your hand.”

The Philistines were confused. They were fighting themselves

Then Saul and all the people who were with him assembled, and they went to the battle; and indeed every man’s sword was against his neighbor, and there was very great confusion. Moreover the Hebrews who were with the Philistines before that time, who went up with them into the camp from the surrounding country, they also joined the Israelites who were with Saul and Jonathan.

All it takes is two. Where two or three gather in His name, there He is with us

Step up in faith

In the natural, it seems like all the odds are against you. He is with you.

To be holy is to be separated from the world.

It is not cut out from the world.

Never use the thing of the world to carry things of God.

Trust the Lord. Come. There is benefits waiting for you.

Not forsaking the Assembly of His people. (Physical assembly)