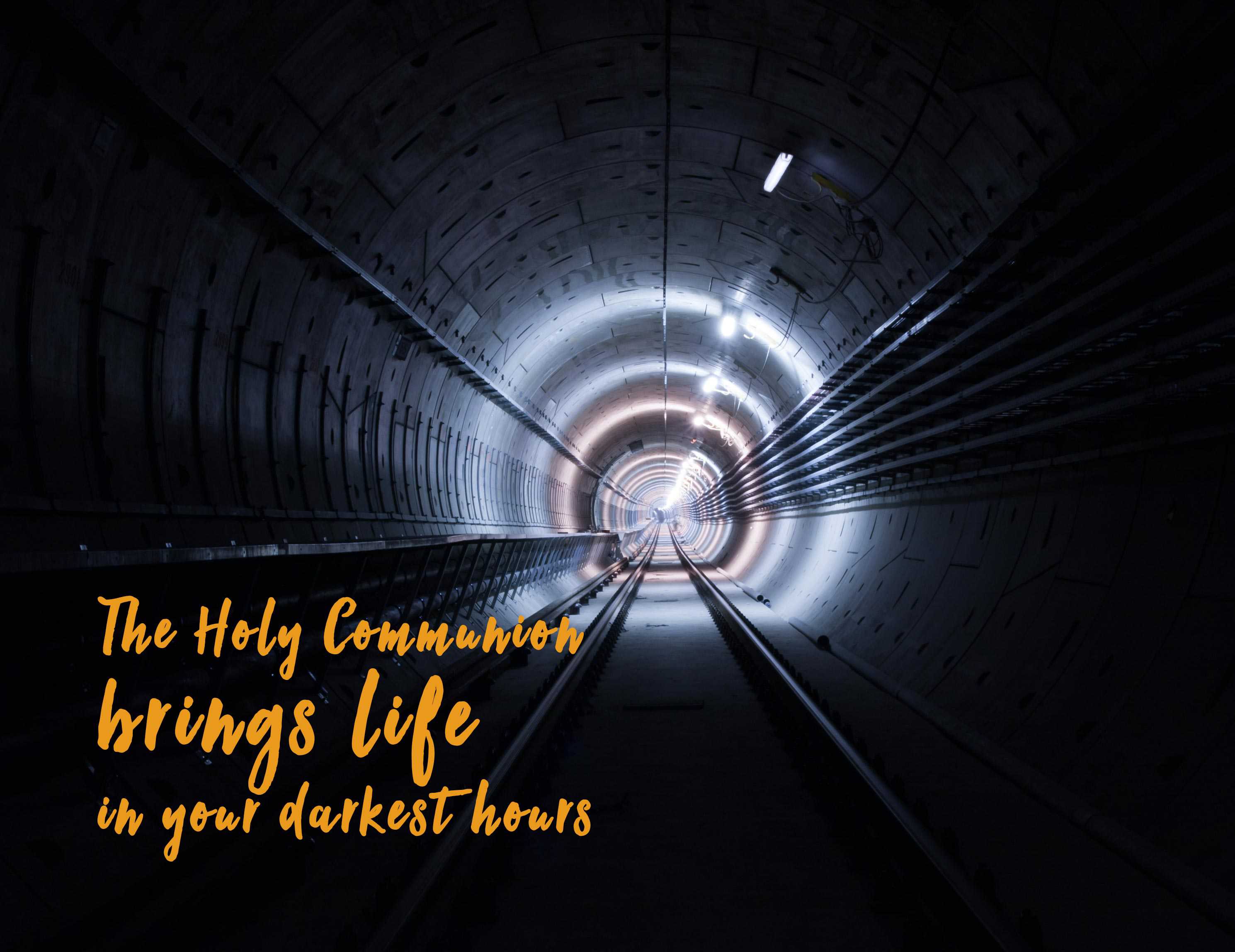 Right in the centre of Hebrews, we find a whole chapter 7 of Hebrews on Melchizedek.

We have many things to say about Melchizedek, but it is hard to say when we are hard of hearing.

The truth of Melchizedek is not for everybody.

We should not be tithing out of fear but out of revelation.

Scientist tells us we only use 1/10 of our brain, what if we submit this 1/10 to God, we will be blessed on the rest of the brain.

Lets focus on the truth of Melchizedek. He is the type of Christ.

Hebrews 7:1-2
Chapter 7
The King of Righteousness
For this Melchizedek, king of Salem, priest of the Most High God, who met Abraham returning from the slaughter of the kings and blessed him, to whom also Abraham gave a tenth part of all, first being translated “king of righteousness,” and then also king of Salem, meaning “king of peace,”

This is New Testament teaching on tithing.

King of Salem is King of Peace.
King of wholeness, completeness and perfection.

First righteousness, than is wholeness

Everyday believe God that you are the righteousness of God in Christ!

Declare we are righteous by faith and seek that first and all these will be added to you.

Salem is the word where we get shalom.

Without that payment at the cross, we cannot have this wholeness and peace and completeness!

Shalom. Shalom has been paid and purchased for you and your family!
Can i have a good amen? Amen!

Genesis 14:14-23
Now when Abram heard that his brother was taken captive, he armed his three hundred and eighteen trained servants who were born in his own house, and went in pursuit as far as Dan. He divided his forces against them by night, and he and his servants attacked them and pursued them as far as Hobah, which is north of Damascus. So he brought back all the goods, and also brought back his brother Lot and his goods, as well as the women and the people.
And the king of Sodom went out to meet him at the Valley of Shaveh (that is, the King’s Valley), after his return from the defeat of Chedorlaomer and the kings who were with him.
Abram and Melchizedek
Then Melchizedek king of Salem brought out bread and wine; he was the priest of God Most High. And he blessed him and said:
“Blessed be Abram of God Most High,
Possessor of heaven and earth;
And blessed be God Most High,
Who has delivered your enemies into your hand.” And he gave him a tithe of all.
Now the king of Sodom said to Abram, “Give me the persons, and take the goods for yourself.”
But Abram said to the king of Sodom, “I have raised my hand to the Lord, God Most High, the Possessor of heaven and earth, that I will take nothing, from a thread to a sandal strap, and that I will not take anything that is yours, lest you should say, “I have made Abram rich’—

Abram is a warrior. It was God who gave the victory.

King of Sodom – his name meant son of devil.
He went out to meet Abram

Some of your darkest time happen after a great victory.

The devil will always come after your greatest victory.

Many dun remember to pray after great victory. Give praise to the One who does everything for us. Give Him all the praise and glory in case we think is us.

The cross is the worse kind of death. Hanging suspending between heaven and earth because He loves us.

In our lowest moment, during the time of darkness, don’t forget communion.

John 18:1
Chapter 18
Betrayal and Arrest in Gethsemane
When Jesus had spoken these words, He went out with His disciples over the Brook Kidron, where there was a garden, which He and His disciples entered.

When we take communion we proclaim His death, when we tithe we declare He lives!

Our heavenly Joseph is alive!

Melchizedek brings the bread and wine. The most powerful weapon of all.

He refreshed Abraham with the bread and wine.

We cannot receive communion with no sense of His favor. When Jesus gave thanks, it is be mindful of His favors!

When we receive communion, be mindful of His favor!

Take it with revelation! Tithe with the sense of His favor! It was Him who gives us the prosperity.

There are people who work harder than us but no result. Remember our Lord. It is He who gives us the power to create wealth.

He blessed Abraham and he blessed God.

The culture of meeting with king is to give gifts

The devil does not mind us been wealthy but he wanna take the people. A lot of people has sold their souls for money and surrender people

When we spend time with Jesus, the devil comes in too late!

In His presence He will put words into our mouth. When we receive communion we are raising our hands.

Highest form of resistance is ignoring.

The rich is in the tithe.

The way u get bread is u get the flour.

He was kicked, stepped upon so that He could become wine to us.

To get wine, grape juice must have leaven.

Both bread and wine is a process of crushing. Is a picture of the cross.

John 6:51
I am the living bread which came down from heaven. If anyone eats of this bread, he will live forever; and the bread that I shall give is My flesh, which I shall give for the life of the world.”

John 6:55-57
For My flesh is food indeed, and My blood is drink indeed. He who eats My flesh and drinks My blood abides in Me, and I in him. As the living Father sent Me, and I live because of the Father, so he who feeds on Me will live because of Me.

Abide
When we take communion we abide. We actually manifest Him!

He who chews on Me will live because of Me
This put communion in different light.

You medication works so much better with communion!

Testimony –
A man from Texas had eyes retina detached issue and will go blind if he did not go for operation.
At the hospital he got the most experienced doctor. He was officially blind with both eyes retina detached.
It was better for his eyes if he sat in dark room.
It was the worse and darkest moment
He kept declaring as Jesus is, so is he in this world.
He took holy communion before he went for routine check.
During the check, his retina was fully recovered! His vision is completely restored! Glory to Jesus❗️ the doctor was shocked.

All glory to Jesus.

Many a times you persevere while taking holy communion.

Acts 20:7
Ministering at Troas
Now on the first day of the week, when the disciples came together to break bread, Paul, ready to depart the next day, spoke to them and continued his message until midnight.

The church today needs the preaching of Paul.

Acts 20:9
And in a window sat a certain young man named Eutychus, who was sinking into a deep sleep. He was overcome by sleep; and as Paul continued speaking, he fell down from the third story and was taken up dead.

We are fellowshipping in the third heaven.
Eutychus means good fortune.

Holy Communion is the priority.

Paul said his life is a type. Emphasis the gospel of grace.

Don’t be discouraged, there is power in His broken body

1 Corinthians 11:23-26
Institution of the Lord’s Supper
For I received from the Lord that which I also delivered to you: that the Lord Jesus on the same night in which He was betrayed took bread; and when He had given thanks, He broke it and said, “Take, eat; this is My body which is broken for you; do this in remembrance of Me.” In the same manner He also took the cup after supper, saying, “This cup is the new covenant in My blood. This do, as often as you drink it, in remembrance of Me.”
For as often as you eat this bread and drink this cup, you proclaim the Lord’s death till He comes.

How often can we remember the Lord?

Do this in remembrance of Jesus. Are we doing it conscious of Jesus? Be conscious our sins are remitted. This is partaking worthily

You are proclaiming the Lord’s death.

Eat knowing He has borne away our diseases.
Drink the cup conscious our sins are remitted.

Make a difference between the cup and the bread. The body was broken for our health and healing. The cup was for the remission of our sins.

We love because He first loved us

We are the body of Christ.

Testimony –
August 2013
Daphne’s father went through operation. His father was 85 years old. He was sent to ICU cos of overdose of medicine. He was kept alive on machine.
Daphne heard Pastor Prince’s sermon and was overjoyed with grace gospel. She flew home from US.
She took holy communion with his father by wetting his lip and sprinkle bread crumbs on his lip and prayed Psalm 91 over him.

After third communion he could breathe independently.
They prayed his mind and reasoning would be restored.
At the 8th communion he recovered fully but suffered from massive internal bleeding.

They took communion and commanded the bleeding to stop in the name of Jesus.

The next morning the bleeding stopped.
All the uncleaned blood was out at the 12th communion.

Again and again the Lord shows His healing power through the holy communion.

3 days later her father’s health recovered. Even the doctor said his recover is indeed a miracle. 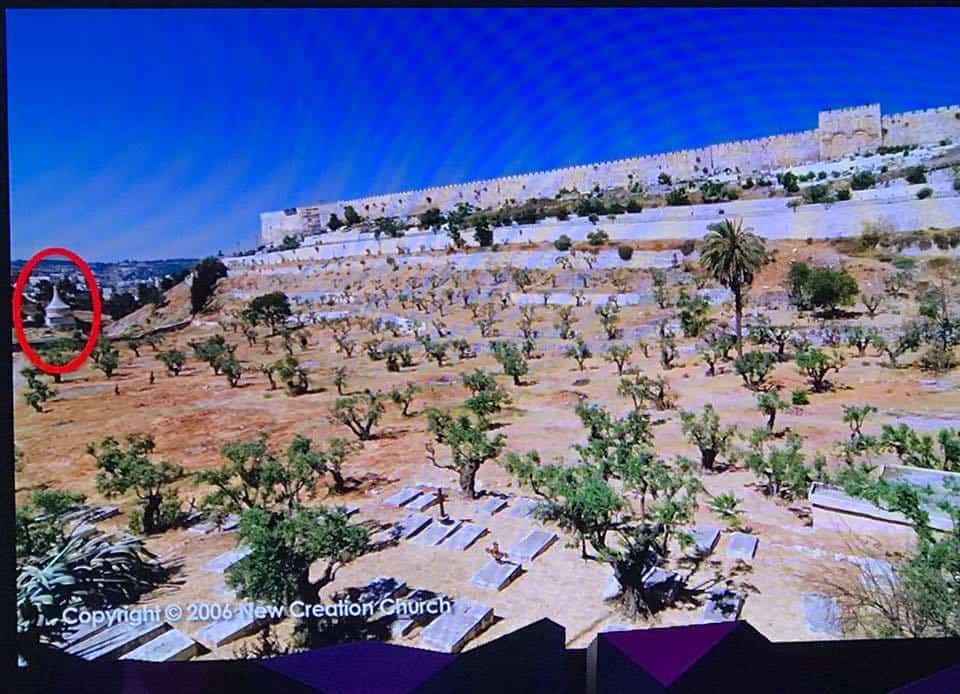 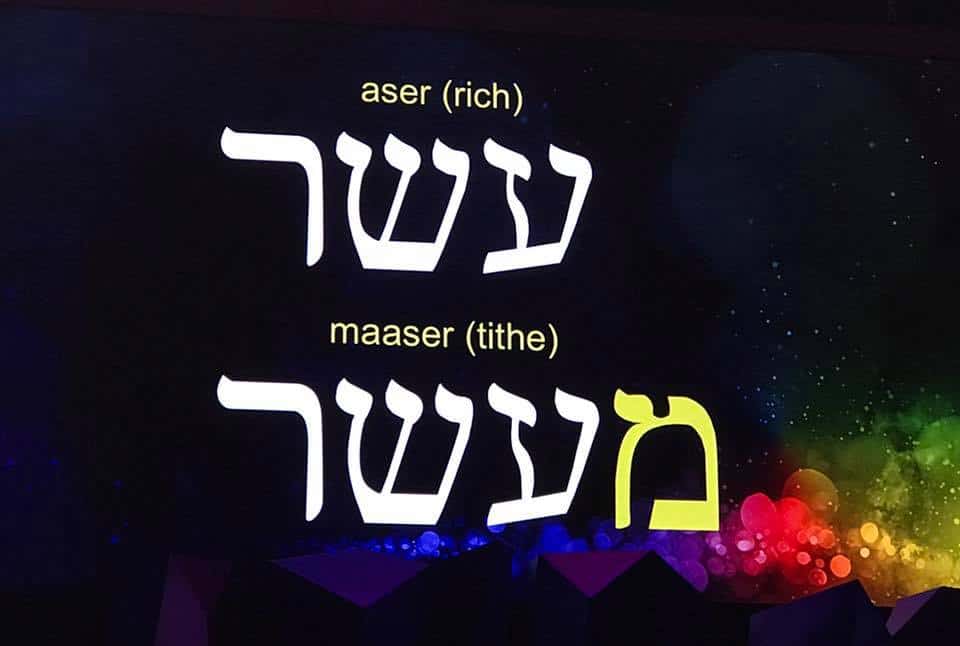 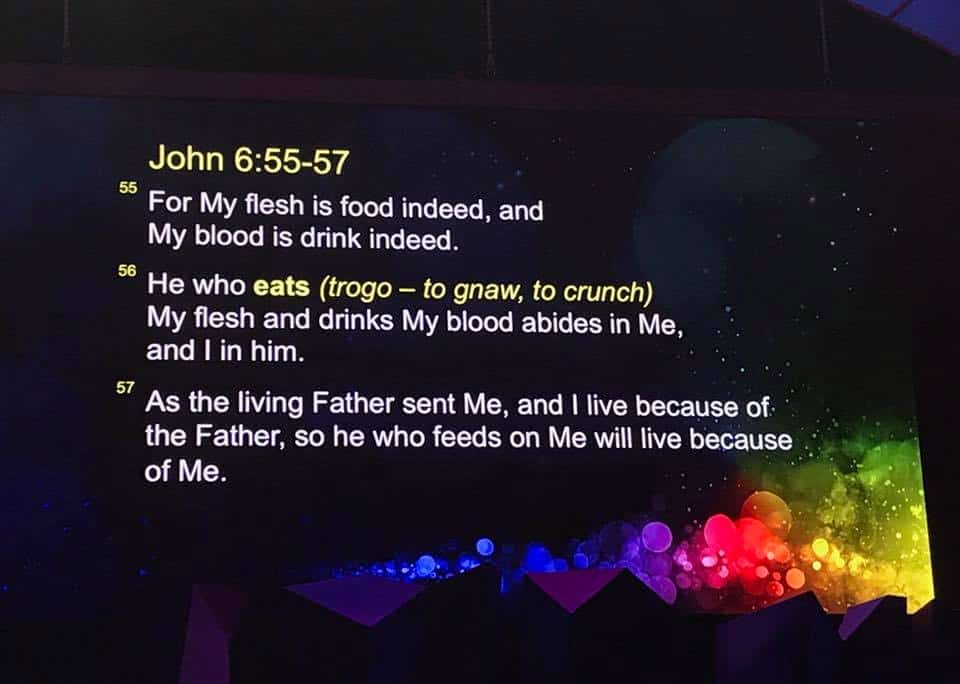 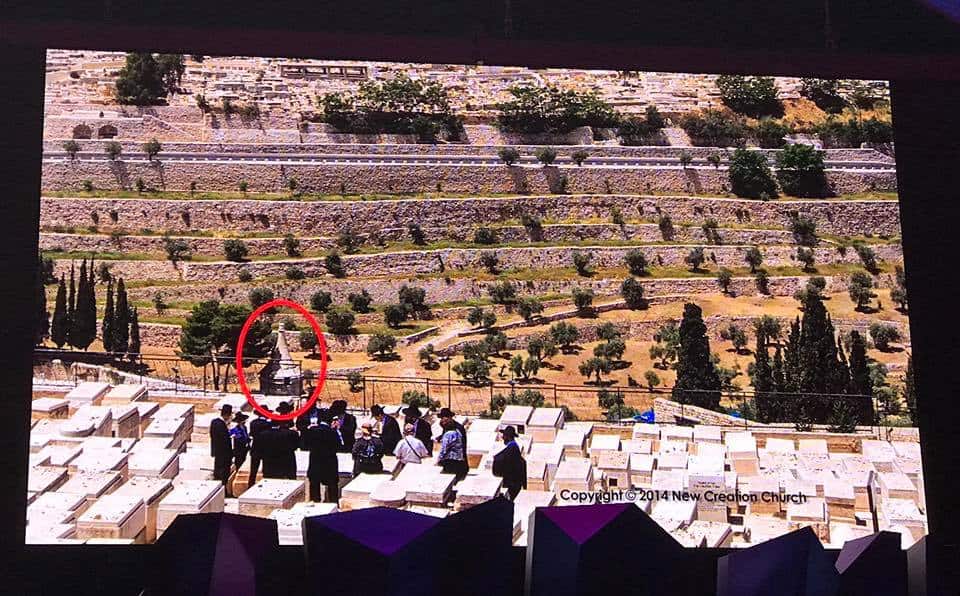 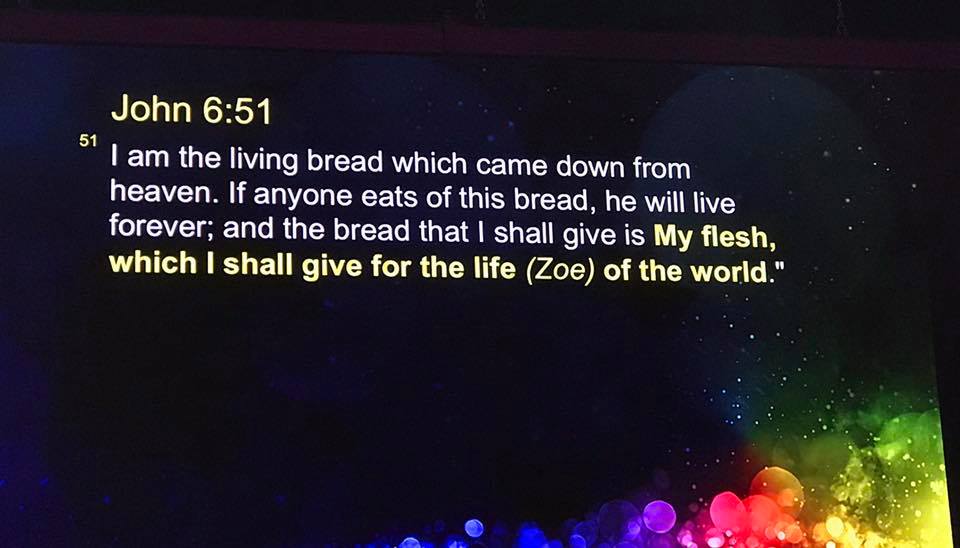 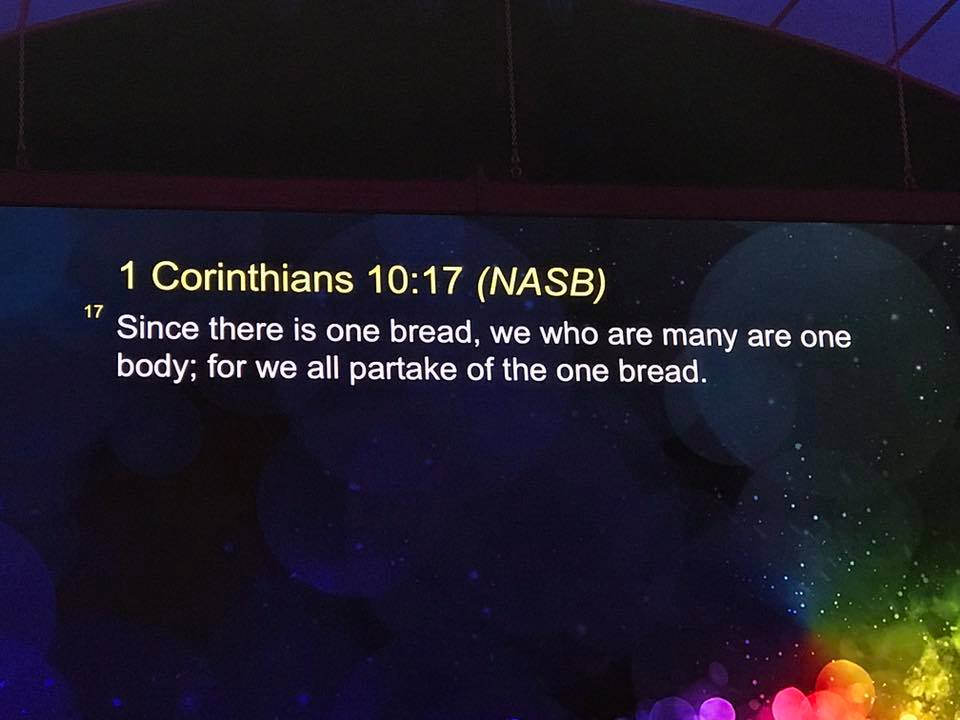