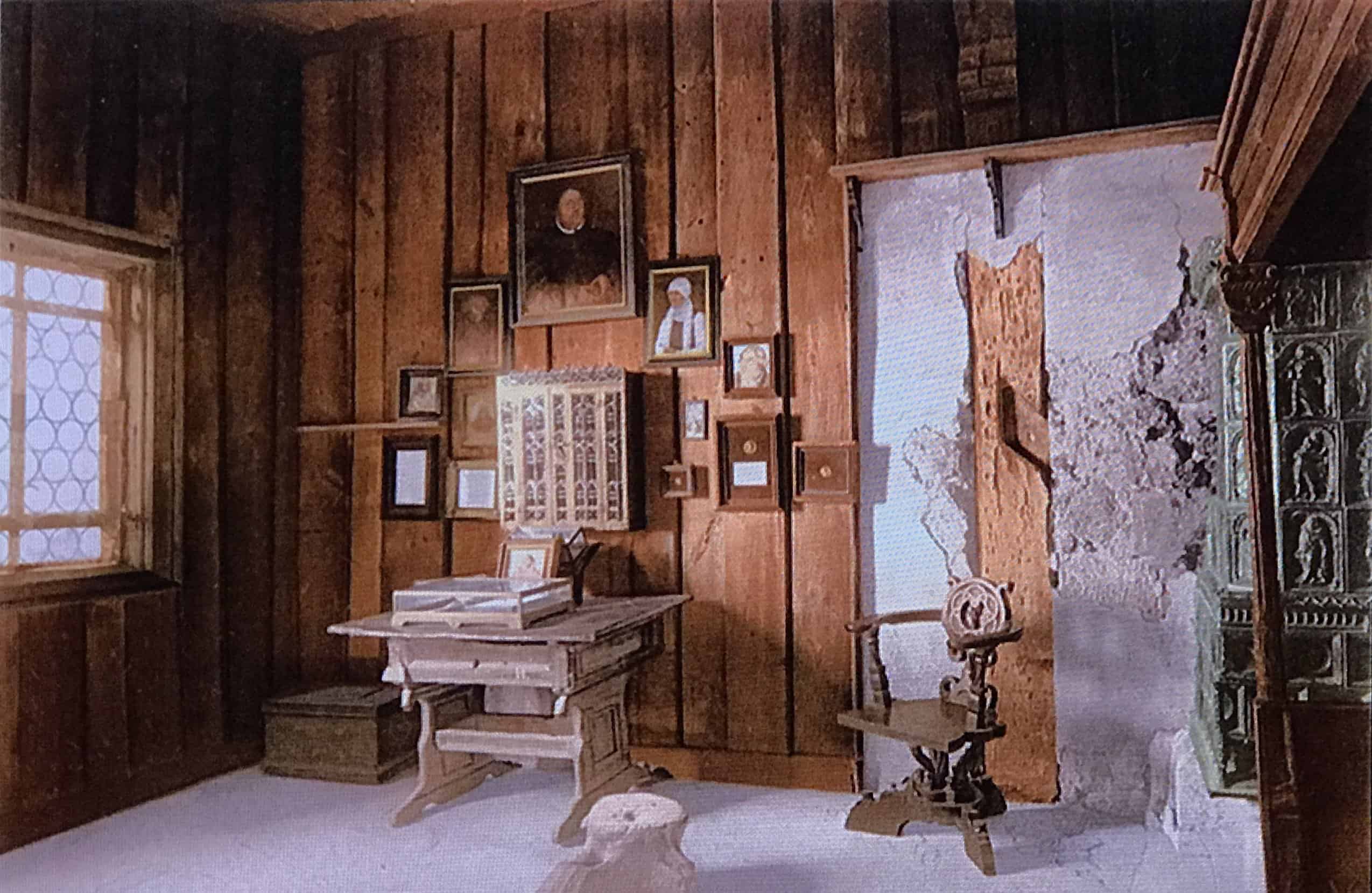 These are the excerpts of the movie that Ps Prince shown

God is doing something. God’s spirit is been released all over the world.
Martin Luther was a German monk. Even though he was a monk, he was trained from young age to study hebrews and greek. He was a scholar, very smart man. God was raising him up. That happened exactly 500 years ago.

When he nailed his thesis on the door pole of the churches. Before God raised Martin Luther, there was a Luther Press. The means to spread the world. The printing press.

He was kidnapped by his friends to put into castle so that he was not caught by others.

His books and materials spread.

Thank God for the invention of social media, and television. We should use it for the glory of Jesus.

The word Repentance is not right doing. It is change mind.

When Martin Luther was kidnapped by his friends to put into castle, he was kept there for his safety, he actually spent time in the room writing German bible. He felt satan himself came into the room. When Pastor Prince was in his room in German, he kept on hearing “who do you think you are, you are proud, why should you be the one” In that study, where Martin Luther was, he had the same word spoken over him.

The devil came to him why should you be wiser?

Truth is truth. Truth can be found in the Word of God.

Galatians 3:5-8
Therefore He who supplies the Spirit to you and works miracles among you, does He do it by the works of the law, or by the hearing of faith?— just as Abraham “believed God, and it was accounted to him for righteousness.” Therefore know that only those who are of faith are sons of Abraham. And the Scripture, foreseeing that God would justify the Gentiles by faith, preached the gospel to Abraham beforehand, saying, “In you all the nations shall be blessed.”

Galatians 3:9-12
So then those who are of faith are blessed with believing Abraham.
The Law Brings a Curse
For as many as are of the works of the law are under the curse; for it is written, “Cursed is everyone who does not continue in all things which are written in the book of the law, to do them.” But that no one is justified by the law in the sight of God is evident, for “the just shall live by faith.” Yet the law is not of faith, but “the man who does them shall live by them.”

Among you can be in you and among you.

Praise the name of Jesus.

Grace is not something that God thought of because the law did not work. Grace is before the law. Jesus Christ came in the flesh. His deity.

God forsaw that we will all be justified. By faith!
God preached the gospel to Abraham that in him all the nations shall be blessed. Not just the jews.

Based on this faith, those who are of faith are blessed with believing Abraham. How Abraham was blessed.

God protected him from harm and during war.

You must believe you are justified by faith and this is how you come in the blessing of God.

This is the gospel of Jesus Christ.
The struggle is between the law and grace.

The law is not the rule of life, Christ is.

Grace give us the love for our spouses.

God wants to revive and bring jubilee to marriages. Invite Jesus to turn water into wine. Love is not a feeling, is a decision.

Clear sign u r under law is u r blaming the other person.

Romans 4:13-15
The Promise Granted Through Faith
For the promise that he would be the heir of the world was not to Abraham or to his seed through the law, but through the righteousness of faith. For if those who are of the law are heirs, faith is made void and the promise made of no effect, because the law brings about wrath; for where there is no law there is no transgression.

If you are Christ’s than u r Abraham’s seed.

God wants us to inherit the cosmos.

The Man that will rule entire earth is Jesus Christ, our Lord.

We are taking territories for Jesus Christ

God wants us to be a place of influence, ask God for position.

Why are we doing what we are doing?
Is it because of insecurity we are trying to fulfil? We are prince and princess.

Make sure you are doing something for God’s glory.

You are in Christ.

Stop thinking you have many years to go and you can play around. That is immature.

The heroes of the bible were all teenagers except for Peter.

Jesus was 30 when He started His ministry.

Peter was younger than Jesus.

Do a movie of Jesus where they are all young. All teenagers. Peter was 20 plus.

Peter had a mother in law. He was married. They were all young. The youngest was John.

Young disciples. Jesus had control and power. He had Princeliness.

God is raising young people all over the world.

Young people are responding to the message of Grace.

How you get old? Get old by having complaining attitude.

When God brought Israel out of Egypt, it took God 40 years.

The ways of the world. Speaking like the world.
This will create worldly result.

God had to wait for the generation. Those who said “cannot be done” they cannot do it.

Joshua and Caleb were elderly men. They had different attitude. “God is with us, lets eat them up, they are bread for us.” This is their attitude.

The generation that rose up did not have slaves mentality.

Water from the Rock. Grew up with miracles. It is the year of Jubilee. There is a fresh anointing.

We don’t se what God is doing. We see what the devil is doing because it is very visual.

Amazing things God is doing all over the world.

Daniel said mark the day the king issue a decree to restore Israel back. 70 weeks of Daniel. Ridding on donkey.

David was 16-17 years old when he killed Goliath.

Don’t compare your life with other people.

Stop been conform to the world. Have a inner moral strength. God is raising princes and princesses.

The idea of teenagers in the bible, at 12 years old they were men. Affirm them.

You are my beloved son in whom I am well-pleased.

Kids are very precious to Jesus. Take heed you don’t despise them. They are the kingdom of God.

Mark 10:13-16
Jesus Blesses Little Children
Then they brought little children to Him, that He might touch them; but the disciples rebuked those who brought them. But when Jesus saw it, He was greatly displeased and said to them, “Let the little children come to Me, and do not forbid them; for of such is the kingdom of God. Assuredly, I say to you, whoever does not receive the kingdom of God as a little child will by no means enter it.” And He took them up in His arms, laid His hands on them, and blessed them.

They just want Jesus to touch them. He took them up, embrace them, and bless them!
Jesus always exceed us! The less is blessed by the greater.

You want a real super hero, Jesus! He spoke 2 words, follow Me. Fishermen followed Jesus. They felt the presence and majestic of Jesus and followed Him.

Jesus and God they angry at injustice

Learn to enjoy what God has for you

Out of the mouth of babes, God ordained strength.

Young people stop thinking you are still young. Daniel was 15 years old in the bible.

Israel forfeited her place. Daniel was 17 years old and he interpreted the king’s dream.

The chief said to Daniel, if they don’t eat the food, they get skinner and he will lose his head.

But Daniel purposed in his heart that he would not defile himself with the portion of the king’s delicacies, nor with the wine which he drank; therefore he requested of the chief of the eunuchs that he might not defile himself. Now God had brought Daniel into the favor and goodwill of the chief of the eunuchs. And the chief of the eunuchs said to Daniel, “I fear my lord the king, who has appointed your food and drink. For why should he see your faces looking worse than the young men who are your age? Then you would endanger my head before the king.”
So Daniel said to the steward whom the chief of the eunuchs had set over Daniel, Hananiah, Mishael, and Azariah, “Please test your servants for ten days, and let them give us vegetables to eat and water to drink. Then let our appearance be examined before you, and the appearance of the young men who eat the portion of the king’s delicacies; and as you see fit, so deal with your servants.” So he consented with them in this matter, and tested them ten days.
And at the end of ten days their features appeared better and fatter in flesh than all the young men who ate the portion of the king’s delicacies.

Just because you don’t conform with your friends, you will not look worse. You will look better than them and they will secretly admire you.

Just shine and learn not to be affected by others. Jesus has spoken we are His beloved sons.

Daniel 1:17
As for these four young men, God gave them knowledge and skill in all literature and wisdom; and Daniel had understanding in all visions and dreams.

God gave them knowledge and skill!

Daniel 1:9
Now God had brought Daniel into the favor and goodwill of the chief of the eunuchs.

Daniel 1:20
And in all matters of wisdom and understanding about which the king examined them, he found them ten times better than all the magicians and astrologers who were in all his realm.

This is the same God we are worshipping. The One who was captured so that we can be set free.

He bowed His head and breathed out His spirit.

Most people will die before they bow their head.

Jesus rose Himself. This is super Hero!

You can talk to Him and He can be there.
The Lord shines through us!

Invest your life in God.

God has no demands on you and me. All His demands are met on the Wonderful Man, Jesus Christ.

Romans 13:13-14
Let us walk properly, as in the day, not in revelry and drunkenness, not in lewdness and lust, not in strife and envy. But put on the Lord Jesus Christ, and make no provision for the flesh, to fulfill its lusts.

He can be just because of what Jesus did. God measure us by the Man on His right hand. He is the Man of His pleasure, delight.

His Son whom He loves.
He came to ransom us all.

We are identified by the Perfect Man.

God’s holy requirements are all placed on Jesus.

He has glorified God. God sees us in Him.

When you follow Jesus you are following a History Maker.

People will be drawn by you.